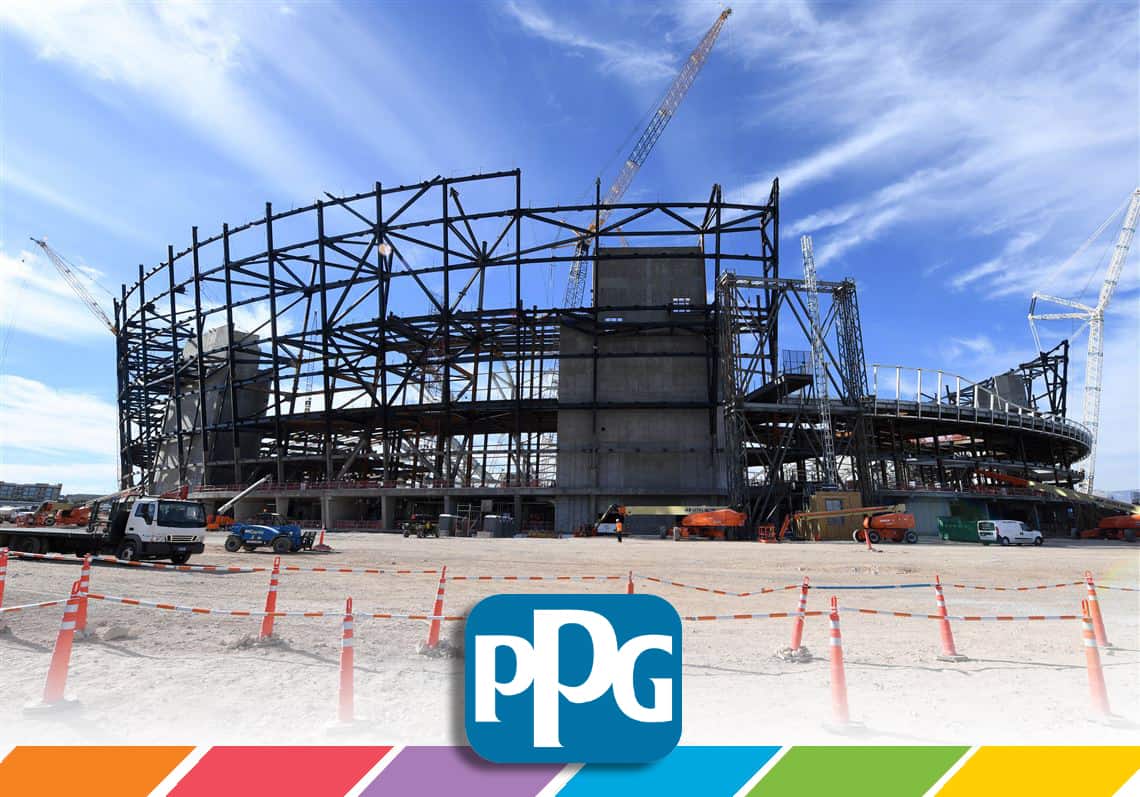 PPG Paint is the Official Paint of the Oakland Raiders

PPG is not only the number one choice among automotive collision repair professionals, it is the official paint of the Oakland Raiders.

In late February, PPG Paint announced a multiyear corporate marketing agreement with the current Oakland Raiders. The agreement will make PPG paint brands the Official Paint of the Raiders.

“PPG is excited to grow our relationship with the Raiders organization and their loyal fan base, which includes a number of do-it-yourself consumers and paint professionals,”said Bryan Iams, PPG Vice President, corporate and government affairs. “PPG’s paints and coatings will help provide an exceptional experience for countless fans and will beautify the Raiders stadium for years to come.”

The new state-of-the-art stadium, home of the Raiders, will feature protective and decorative coatings from PPG’s industrial, refinish, protective and marine, and architectural coatings businesses. The Raiders’ new $1.9 billion, 65,000-seat stadium completion date is some time in 2020. It will be fully enclosed with climate controls.

“We are honored that PPG has extended its commitment to the Raiders organization as we work toward building a new stadium that embodies the spirit and excitement of Las Vegas,”said Tom Blanda, Raiders Senior Vice President, Stadium Development and Operations. “PPG’s expertise and ability to provide coatings that offer long-term protection with striking aesthetics made them an ideal partner for this project.”

Click here for a short video on the partnership.

While it may seem odd for a Pittsburgh-based company to do business with a bitter rival of the Steelers, PPG vice president Bryan Iams said the company was thrilled about the deal.

Located adjacent to the world-famous Las Vegas Strip, with construction scheduled to be completed in the summer of 2020, Las Vegas Stadium will become a global events destination, highlighted by the arrival of the NFL’s iconic Raiders who begin play in Las Vegas that fall. Las Vegas Stadium will be ideally located for both visitors and locals, fully enclosed and climate controlled with a capacity of 65,000. The technologically advanced stadium will host world-class entertainment including globally recognized sporting events, concerts, as well as be the future home of UNLV Football. The Las Vegas Stadium project is expected to generate an economic benefit of $620 million annually, while creating 6,000 permanent jobs in Southern Nevada.

For helpful advice or a full list of our refinishing products, contact a Martin Auto Color location near you! Find the location nearest you.